We are just couple of days away from the start of the 2018 football season and for the first time that I can remember, and I’ve been around a pretty long time, an HBCU football program will be in the national limelight before a national television audience in prime time coast-to- coast in college football’s opener.

New head Coach Sam Washington remarked early on that he preferred perhaps going to the FCS playoffs versus Celebration Bowl in the future because he would love to see how A&T would measure up against the FCS’ very best in that playoff scenario. Well he is getting his wish this weekend with a major preview of said future.

The 14th-ranked Aggies, the defending MEAC and HBCU national champions will take on the sixth ranked and 4-time OVC champion Jacksonville State Gamecocks in a battle of FCS heavyweights in the FCS Kickoff Classic in Cramton Bowl in Montgmery Ala. this Saturday night. Kickoff is set for 7 pm and the game can be seen nationwide live on ESPN.

Aside from perhaps that juggernaut named North Dakota State, these two teams might just have the most dominant combined won loss records between two FCS programs over the last four years ever for a season opening match-up.

The Gamecocks are 43-8 over that period and a mind boggling 31-0 against OVC competition and four straight OVC titles while the North Carolina A&T has been equally impressive going 40-9 with 3 MEAC crowns and 2 HBCU titles including a unblemished 12-0 mark last season, finishing as the only undefeated team in all of the FCS.

What those stats really mean is that these are two football teams that know how to win, that expect to win, and that will play “balls to-the-wall” football if need be to make it happen.

This game will be a true contrast in styles with JSU smash mouth philosophy of establishing a pounding ground game and a unyielding physical defense that suffocates most offenses. A&T has nurtures a fast, high scoring, slash and gash offense mated to a opportunistic defense that prides itself on creating turnovers and consistently turning over short fields back over to the offense.

There’s a lot of story lines being formed and attached to this game. The are some obvious ones that zoom right off the top of my head:

Can A&T play with Jacksonville State and disprove the long held notion by the majority sports media in this country that HBCUs somehow play a lesser brand of football?

Will JSU finally get over the hump, live up to the hype, and win big against a legit nationally ranked opponent outside a underperforming OVC after getting bounced the last three years in the first round of the NCAA playoffs?

Not enough? Need some more?

How will new A&T’s and his re-worked staff handle their very first game together with the now retired legend Rod Broadway no longer patrolling the sidelines?

Which one of these high energy defenses will have the fresher legs and the greater depth up front on what is going to be a hot steamy late August night in Montgomery, Ala. ?

How will either one of these two teams, as good as both of them may be, react when that first real haymaker of the season is landed and some one is put on their heels in the early going?

I’ll just stop right there. This should be and most likely will be a evenly matched game pitting JSU’s size and strength against A&T’s speed and quickness. As different as the styles might be between them, the keys to victory for both will be same if you listen to the two head coaches. Run, block, and tackle. Whoever does those three things the best and takes care of the football will most likely win this game.

JSU head coach John Grass has had the Gamecocks on a big time run having never lost to a non-FBS opponent during the regular season since his arrival four years ago. He looks to a of big physical veteran offensive line and a tough nosed defense to keep that streak alive in 2018.

The Gamecocks are indeed stout on defense ranking third in rushing defense and second in the nation in total defense in 2017. JSU’s very nasty 3-4 alignment starts in the middle with nose guard Randy Robinson (6-2, 305) and senior ends Denzel Ware (6-2, 245) and Monty Young (6-2, 235). The two biggest dogs that the Aggies must account for are All-OVC middle linebacker Quan Stoudemire (6-1, 230, R-Sr.) and All-America free safety Marlon Bridges (6-0, 200, Jr.). JSU has a vicious pass rush, always flooding the gaps and consistently bringing more people than the offense can block.

Offensively the Cocks will be breaking in a new quarterback and expect to play two quarterbacks in an live audition of sorts. Clemson transfer Zerrick Cooper (6-4, 225, So.) will most likely be the first man up. As a former 4-star prep prospect, Cooper, primarily a drop back passer, saw limited action with the Tigers last season as their top backup early on before falling from grace and down the depth chart by season’s end.

He has been in stiff competition with red shirt freshman Zion Webb (6-0, 200) who is an accomplished runner and will bring a different dynamic for the Aggies to contend with when he is in the contest. They will be handing the ball off to senior and former Georgia Bulldog Trammel Terry (6-0, 210, Sr.) who ran for over 400 yards despite being slowed some by injuries last season.

Whoever is handling the ball under center they will have a big and experienced offensive line operate behind led by a trio of all-OVC performers in senior center Tyler Scozzaro (6-3, 300), senior guard B.J. Autry (6-5, 340) and junior guard Darius Anderson (6-3, 305).

The receivers are young and untested but Shaq Davidson (6-1, 185, Sr.) is the top returnee and tight end Trey Brae (6-7, 235, So.) is a huge target who the Gamecock passers will definitely be seeking out underneath the coverage and even more so in the red zone.

Neither head coach gave anything away as far as game plan is concerned in their weekly pressers. In a matter of fact, both were quick to give homage to the each other’s teams and expressed plenty of mutual respect which was a nice change for once.

In recent years, A&T has gone into some big games against both a FBS as well as a name non-conference FCS opponents and have been pretty much dismissed by media and foe alike as a mere tune-up opportunity offered for the slaughter. The underdog Aggies have more than held their own and more often than not left with wins in nearly all of those confrontations by not necessarily playing with a chip on their shoulder but playing like house dealer holding all the chips.
.
The Aggie coaches have over time drilled into their players’ heads for them to focus in on their own play and not worry about things they can’t control. Don’t expect A&T to be intimidated or skittish. It’s not A&T’s first rodeo on the big stage, not by a long shot.

There’s more than enough defensive depth up front on this year’s A&T defensive front to withstand the power of a very large and very good JSU offensive line. One thing A&T does pretty well is making teams one dimensional and they will need to a lot of that against JSU run game.

If the Aggies can keep offensive mistakes to a minimum and adequately protect quarterback Lamar Raynard against what will almost certainly be max pressure applied by an extremely aggressive Gamecock defense then it could be a very memorable night for A&T’s offense. If not, repeated three and outs will be too much even for A&T’s very stout and deep defense to overcome over an entire 60 minutes.

Making plays is the major trademark for A&T football and making just few more of them at clutch times in clutch situations, minus the turnovers, will be the difference in this nail biter in this first game of the post-Broadway era. 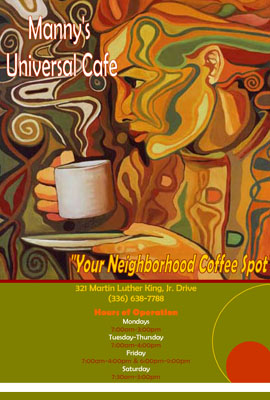